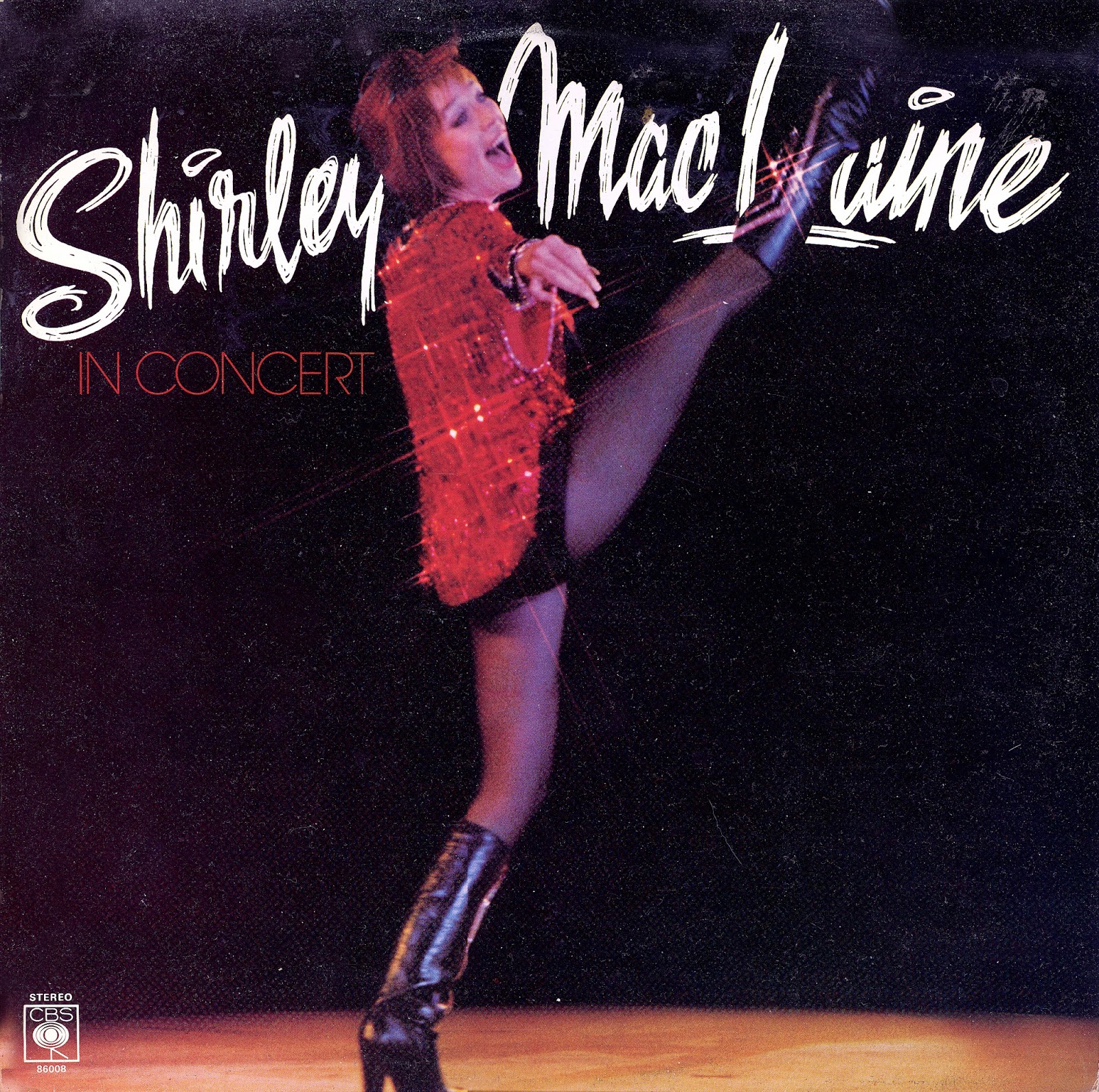 Another live performance L/P this time with as you can see "Shirley Maclaine" in 1976 at
"The Palace Theatre" New York....with songs from mostly "Sweet Charity" the other are also songs from the "Shows" she has quite a pleasant voice when she sings slowly and not in "Broadway" Mode...note "She's A Star".... 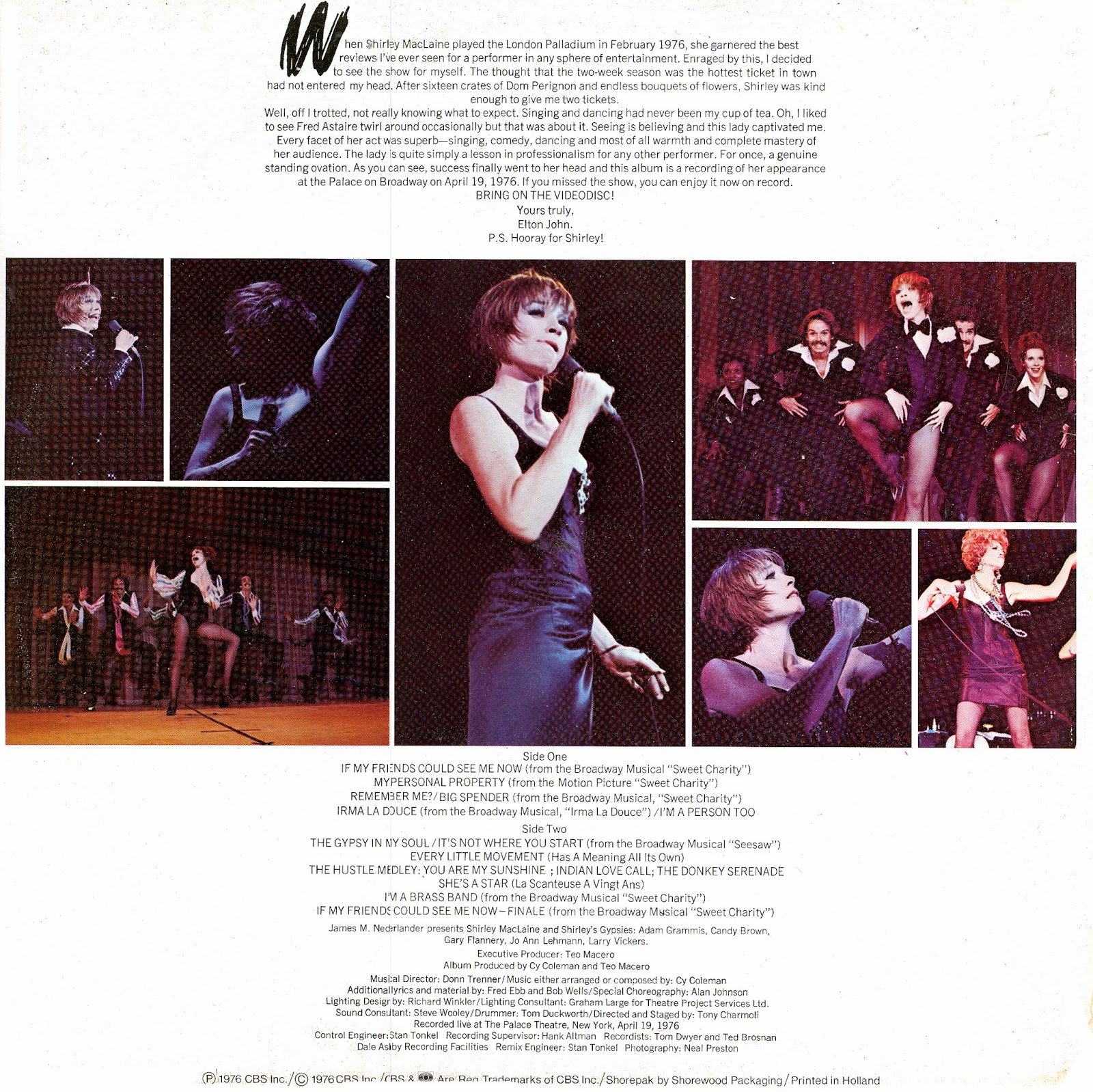 Thanks. I've been a fan of Shirley ever since I first saw "The Apartment".

Great actress - Rear Window, Irma la Douce and other great movies. And versatile as this wonderful album shows.
Thanks

...Does Grace Kelly look like Shirley Maclaine?....(who looks nothing at all like Shirley Jones)
Oh yeah "New Age, Nutty, Hot Chic, Shirley" I did not know of her as a singer at all, but now that you mention it I think I have seen her in a musical of some kind.
So when you said "shirley ******" i started thinking Partridge Family... then I looked at the little tiny picture here and thought "Dam that Shirley from the Partridge Family was hot when she was young"
but then i did a google and discovered something I did not know at all...
"Sibling Warren Beatty"--That is Shirley Maclaine's brother, not Shirley Jones's brother.