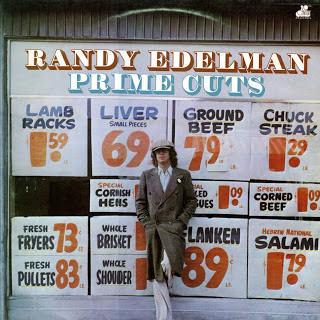 There is a bit of a story that goes with this L/P....I was listening to the radio in the early 70's and heard a song called "The Woman On Your Arm"...I didn't catch the name of the singer so I had to resort to song title catalogue's in record shops to try and find it....these days you would google it and there it would be !!...but in the distant 70's you had to rely on record shops....but I drew a blank every shop I went too couldn't find it...I was disappointed because I thought it was a great song...I did try for a while but still had no luck so I more or less forgot about it.....THEN I was looking in a junk shop that sold second hand records and found this one....didnt take much notice of it it was in a box of about 100 not much was there but I did pick it up and look at the track list...it was just a fluke and lo and behold "The Woman On You Arm" was looking up at me !! I asked if the track could be played in the shop they did have a record player just to make sure it was the right song and "Bingo" it was..and it only cost 50p !!
The L/P is a great one all the songs are written by "Randy" and like "Don McLean" each song tells a story which is great not like some of the random lyrics of todays songs !!....another great track is "I Am A Dancer"......so after all my hype I hope everybody who downloads it enjoys it !!

1. You Are The Sunlight I Am The Moon
2. The Woman On Your Arm
3. Isn't It A Shame
4. Everbody Wants To Call You Sweetheart
5. June Lullaby 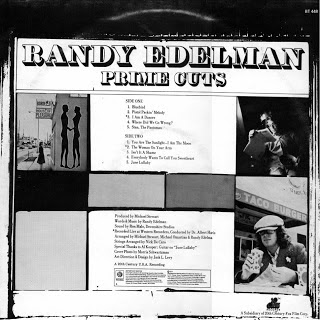 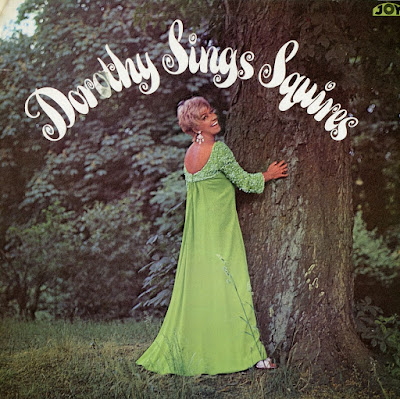 Dorothy Squires has got quite a distictive voice and on this L/P as the title say's she is singing her own songs that she has wrote....maybe some of you out there in the 'cosmos' have probably never heard of her so maybe a little info will help....her voice is deep... so if I said that it is the very oposite of the voice of "Blossom Dearie"maybe you will get an idea of it !!...seems that she wrote the lyrics and composed the tunes of most of the tracks on this L/P...there is a sameness about the songs but they are good....and of course she was married to "James Bond" and "The Saint" (AKA) "Roger Moore" at some point !!

1. Torremolinos
2. When There's Love In Your Heart
3. Where Can I Go
4. Precious Love
5. Your Flowers Arrived To Late
6. Play It To The Rules 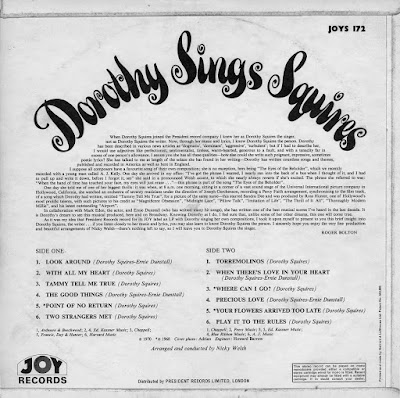 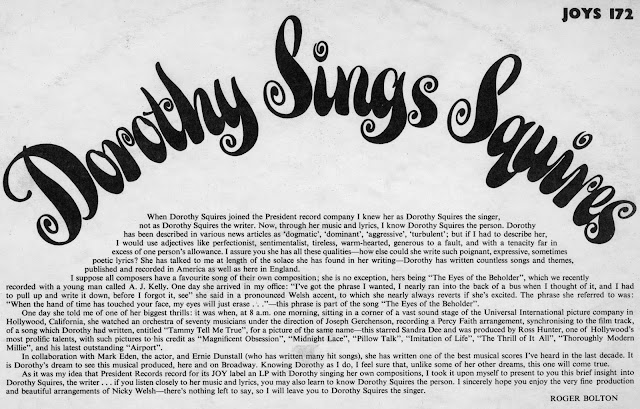 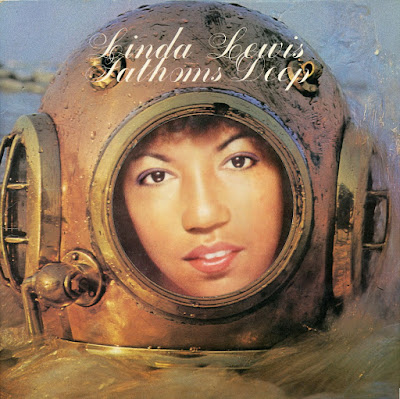 Linda Lewis has a voice that you either love or hate....I love it !!....A very talented singer songwriter...Its one of those L/P's that the more you listen to it the better it becomes.....so have a listen Folk's !!!!....All the tracks are original songs none of them I recognise so its definatly an aquired taste of the voice and music !! 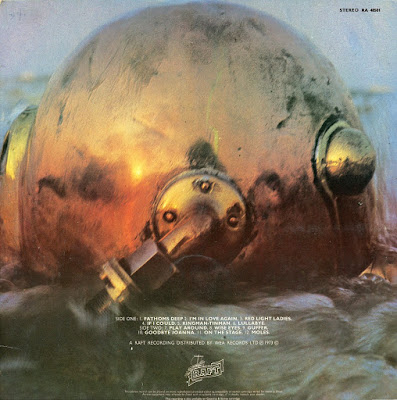 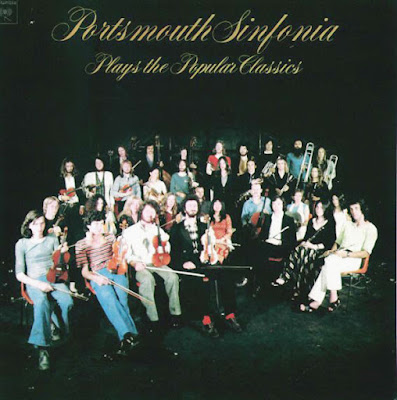 Re posting the L/P below reminded me that tucked away in the folds of the carpet was.. after that whizzing trip to John's record store a likely companion to the "Mozart's" style Beatles Aria's !!!....no your ears have not  gone funny !!!......No sound Bites to spoil the fun !!! 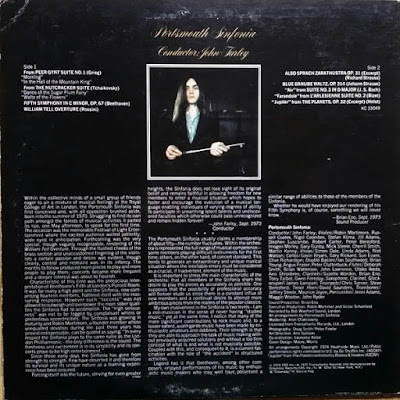 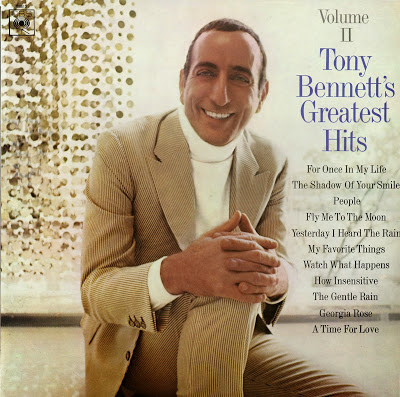 This is a second compilation of Tony's Greatest Hits....BUT in reality it is a selection of his tracks from numerous L/P's.....As usual it's great and is in fine voice on all tracks !!

What was all the controversy about the track "Georgia Rose"????...didn't hear anything in England about it...would be interested if anyone knows anything please leave comment !!!

1. People
2. For Once In My Life
3. The Shadow Of Your Smile
4. Yesterday I Heard The Rain
5. My Favourite Things
6. Watch What Happens 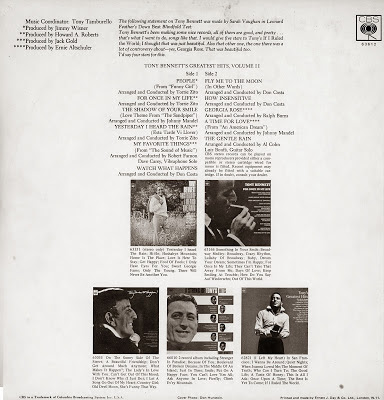 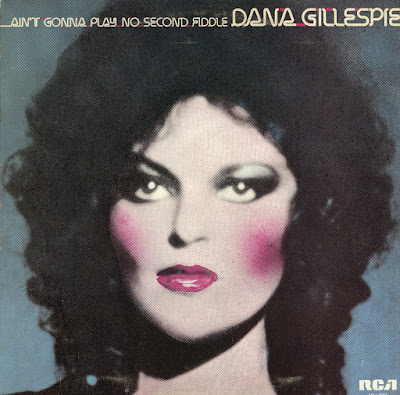 Now here's a memory jerker ! for me that is!! I bought this L/P for the title track which I thought was great and still do but it seems that every time I bought an L/P for one track I used to play it for a while then it seemed to disappear without a trace!!! That is till now !!...and what a surprise it was for me to find out via the internet information goblins ! that she is English and is now a Blues singer...Co's I thought that she was American for all these years !! Ain't it marvelous what the "Net" can tell you....wish it was around in the 50's !!!....so listen to a classy "Rock Chick"you wont be disappointed !! 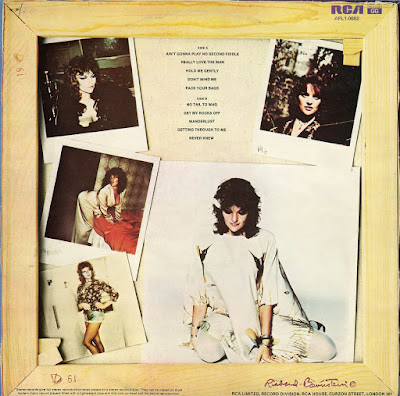 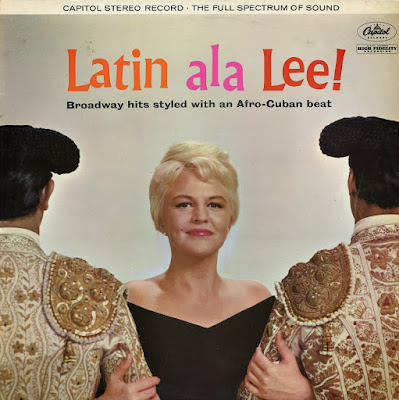 Very good Peggy Lee L/P....also got the other one she recorded in the same theme "Ole Ala Lee".....nothing to say about this one except "Brilliant"

P.S. Someone has pointed out that there is one track missing from this UK pressing of "Till There Was You" from Side One....I wonder why!!! maybe someone out there can answer that !! 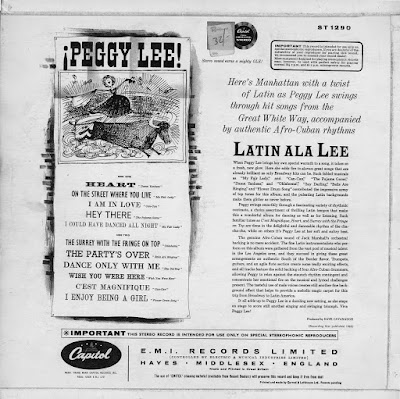 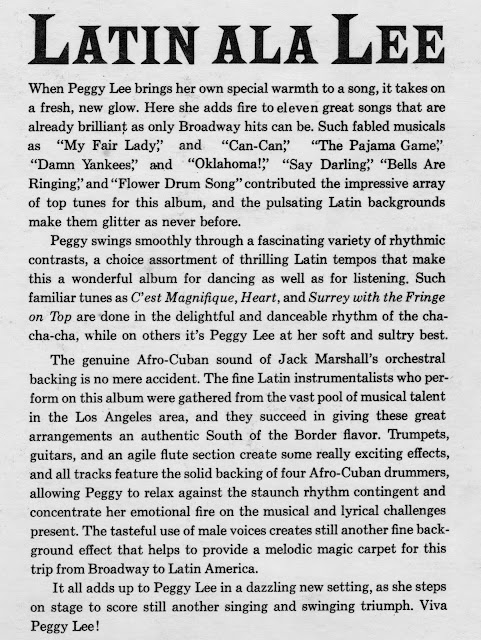 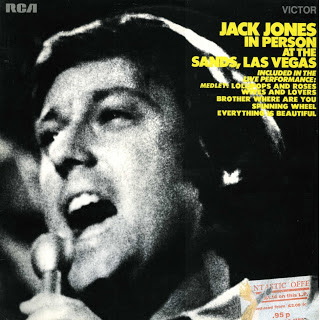 I always enjoy a "Live" performance and this L/P is a good one...Jack Jones at his best recorded at "The Sands" in Las Vegas in July 1970....Can't say much about it you will have to make up you own mind !!...recorded as Side 1 then Side 2...no pauses between tracks !! 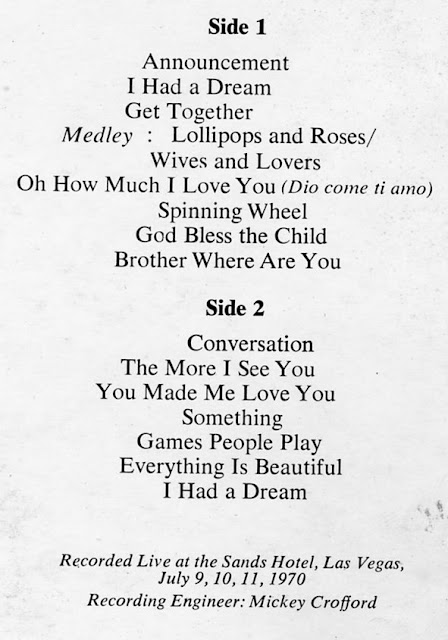 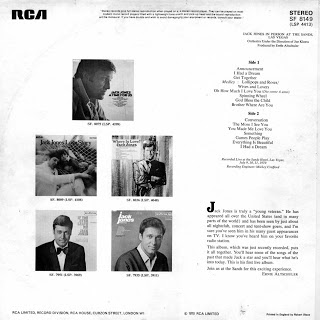 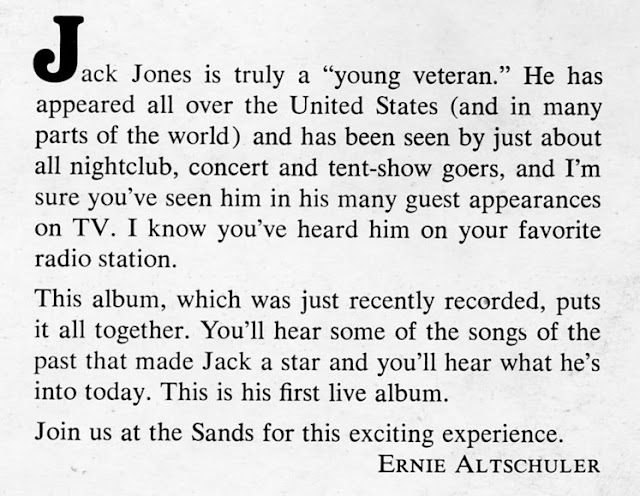 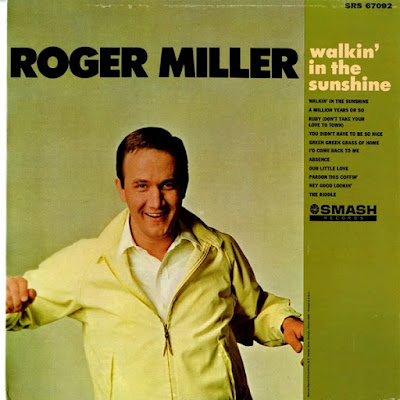 Two Roger Miller's For The price of one !!..see comment below !!! 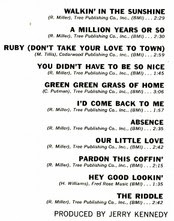 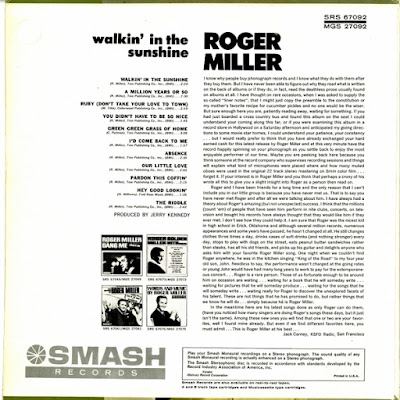 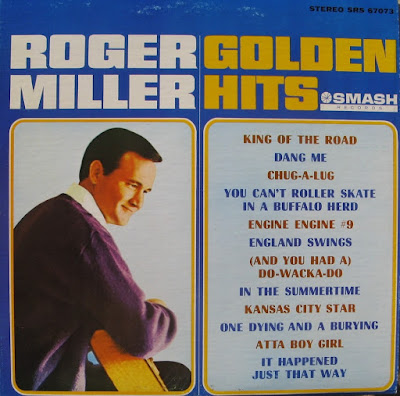 Ok folks !! as promised here is RM's complete L/P with track 12 intact !!...and also another L/P of his thanks to John from across the pond and that tatty carpet that managed to get there and back in a flash !!!
Yep !! all of Roger's hits and more are on this L/P !!..all songs on this L/P were written by him  so enjoy it you RM fans out there !! 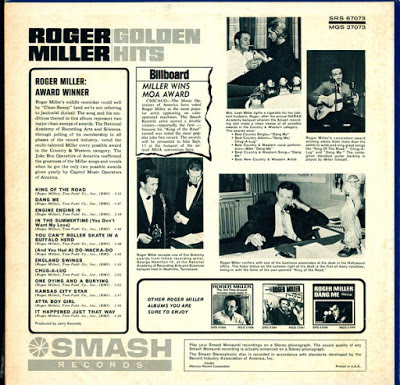