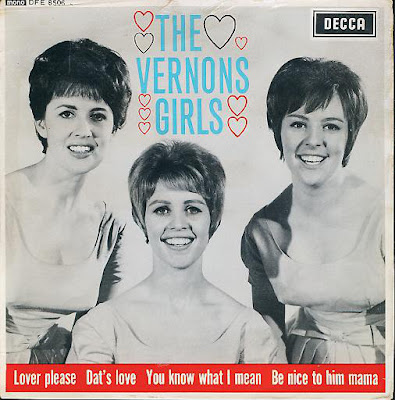 The Vernons Girls were an English musical ensemble of female vocalists. They were formed at the Vernons football pools company in the 1950s in Liverpool, settling down to a sixteen strong choir and recording an album of standards....As a 16-piece vocal group, the Vernon Girls appeared on the ITV show Oh Boy! with the house band between 1958 and 1959, and made a series of relatively successful singles for labels Parlophone between 1958 and 1961. Their 1958 LP released on Parlophone was arranged and conducted by Peter Knight, with sleeve notes by Eamonn Andrews. This record is significantly different from their later pop hits, featuring such fifties standards as "We'll Gather Lilacs", "Lonely Ballerina", and the "Cuckoo in the Clock".
Led by Maureen Kennedy, from 1961 the group reduced their membership to five and then three members.
The trio of Jean Owen, Frances Lea, and Maureen Kennedy
And by 1962 had signed to Decca Records where they recorded covers of American hits. Their cover of Clyde McPhatter's "Lover Please" and "You Know What I Mean" were both hits; the latter was also originally the B-side of "Lover Please". In the US the group charted with the first Beatles tribute album there, We Love The Beatles. As The Carefrees, they also charted with "We Love You Beatles", and made an album only available in the United States.
As session singers for Decca, the Vernons Girls were the female backing voices on many hit singles during the 1960s – one of the first being Billy Fury's "Maybe Tomorrow". The trio of Jean Owen, Frances Lea, and Maureen Kennedy also appeared on film in the 1964 TV special Around The Beatles with the Beatles plus Long John Baldry, P. J. Proby and Millie Small, in the Billy Fury film Play It Cool, and in Just For Fun; ex-member Vicky Haseman also appeared in this, with her group, the Breakaways.


Jean Owen had solo success under the name Samantha Jones. 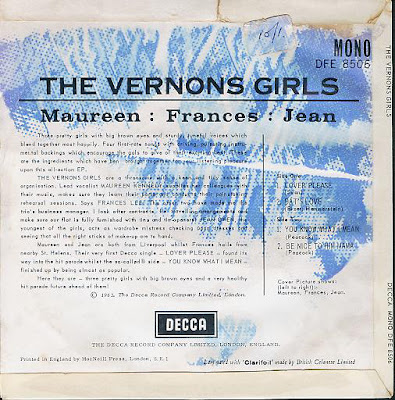 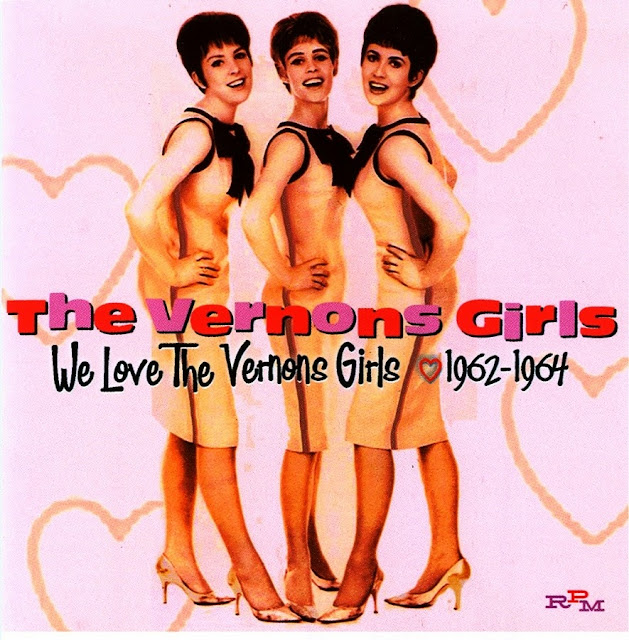 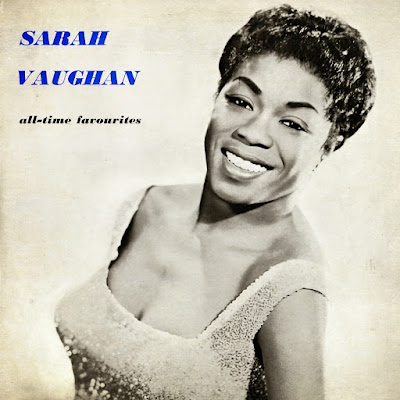 I think that these tracks are some early recordings of Sarah's middle 50's I should think...no information at all on the back cover about where when or time !! 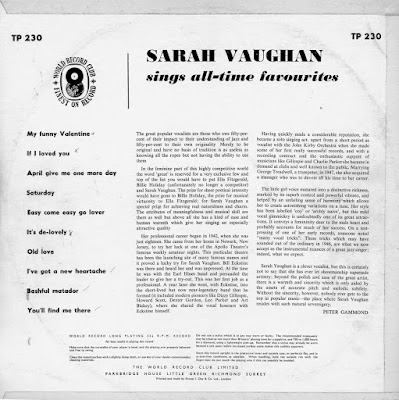 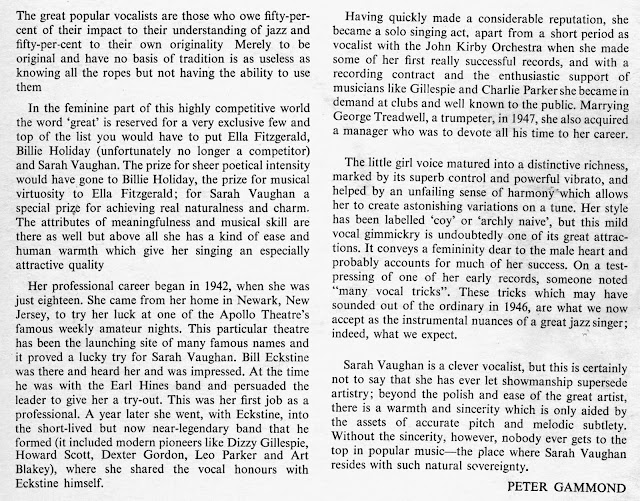