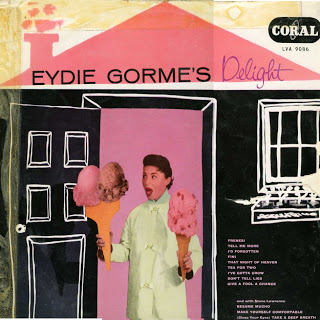 Another torn and battered cover but it's what is on the inside that matters...I think that Eydie Gorme along with Keely Smith are two of the most underrated singers we have today...okay I should think that at this point in time 2011 their voices will be past their best...BUT in the 50's 60's &70's boy could they sing...Just listen to the clarity of Eydie's voice on "Tea For Two"....OK song and style are a bit dated but can any female singer of now can be as clear as her...takes all my time to hear the words of some of the songs of today...and despite what several people may think I'm not deaf !!!﻿
﻿
P.S. As you can see the above comments were made by me in 2011 when Eydie was still with us...These are some of the first recordings that she made and although they have released most of them on a CD compilation I believe that this L/P version even though it was recorded about 1958 making it 55 years old to be far more "Real"and clearer than the CD version even taking into consideration the "Snap Crackles & Pops"......Of course that is only MY opinion.....sooooooo the only way to agree or disagree with me is "Download" and have a listen !!!
1. Frenesi
2. Tell Me More
3. I'd Forgotten
4. Besame Mucho.....with Steve Lawrence
5. Fini
6. That Night Of Heaven 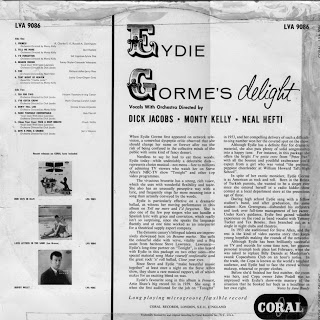 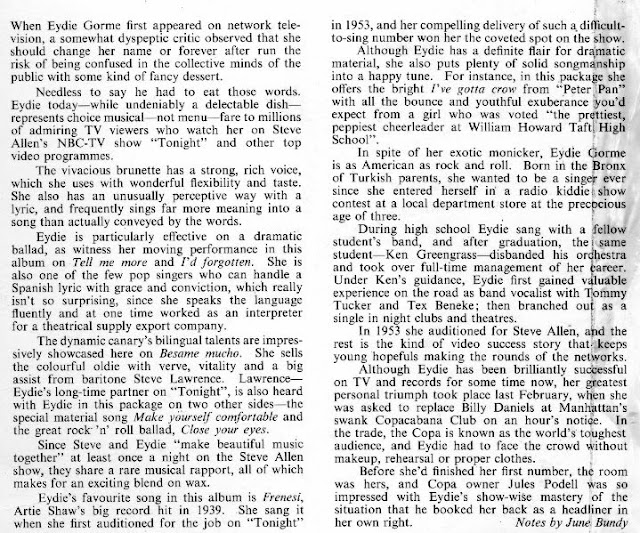 
From the movie "Oliver" - Note there was only one... ONE... camera dissolve in the entire three minutes. This is how you shoot music when you want the performer to connect to the audience!


Seems that now on the "YouTube" site you cant just click on the "Blogger" icon To send a video to your blog because the icon is not there anymore....Wonder who's tightening the "Nuts" "Blogger" or "YouTube" ???.....hope this works ok !!!!
Posted by espo at 01:30 4 comments: