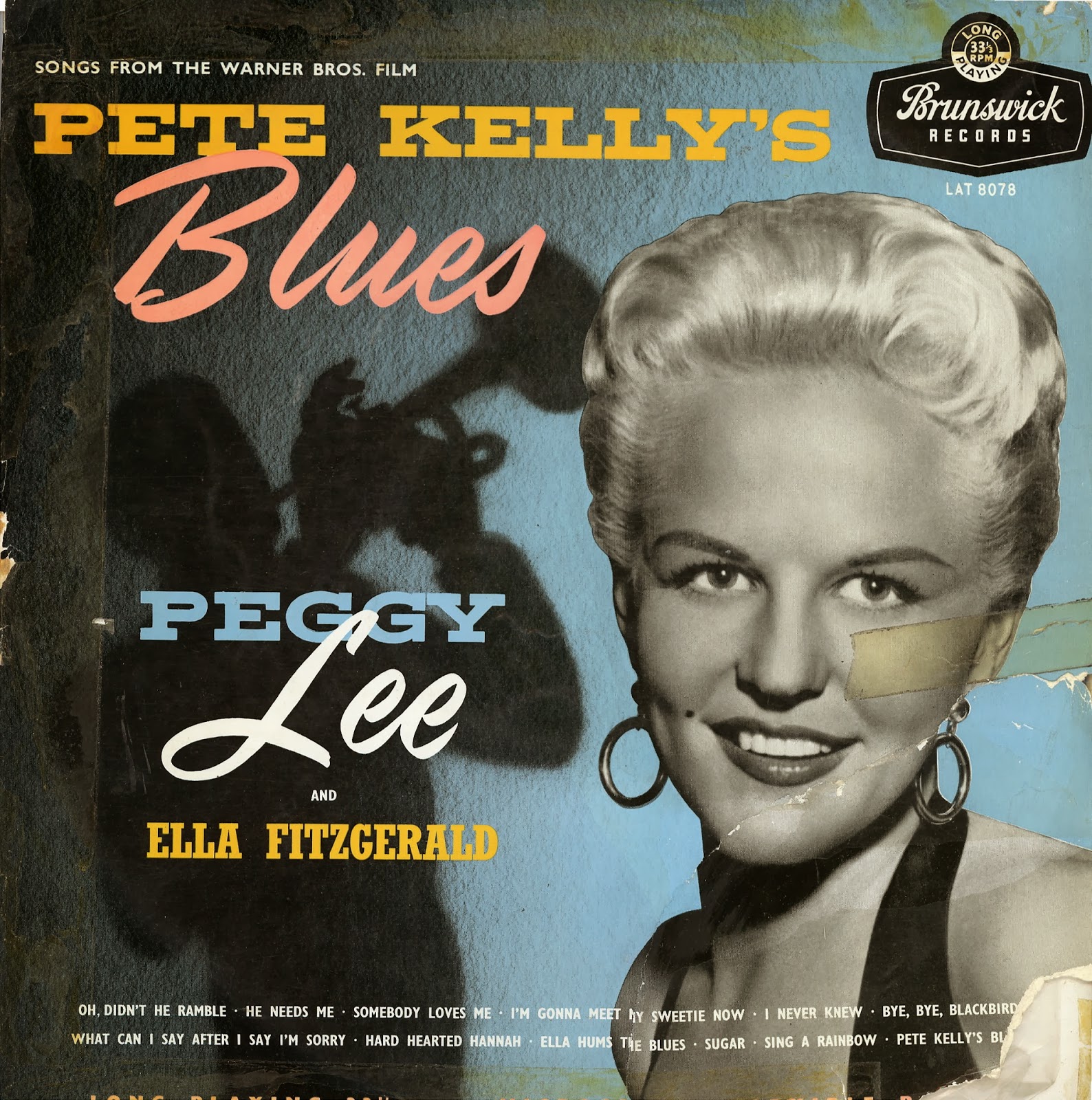 This is also one of my favorite films so naturally the cover is a bit battered and seen better days...I think that I should have taken more care of the covers... then some of the L/P's could be worth a fortune !!....Fat chance of that I reckon...both covers and records have to be in pristine condition for some of them to be worth something and as you can see mine ain't !!!! 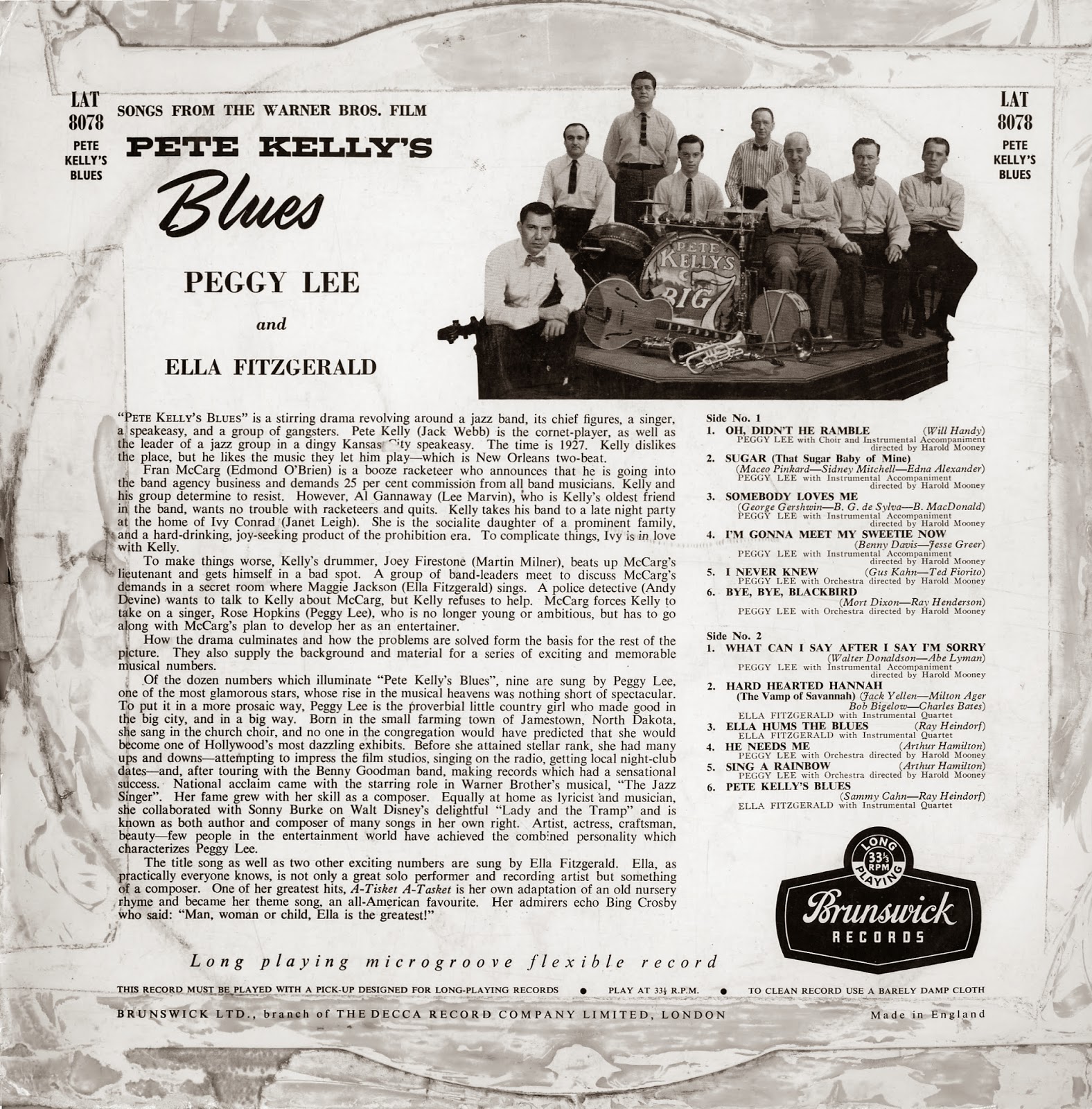 Back To The L/P....this one always reminds me of my army days because I saw this film again when I was at Catterick....Ok so I'm rambling a bit... its my age so people tell me!! This is not a "Film Soundtrack" but is just songs from the film....In the film Peggy Lee only sings 5 of the songs Ella does sing the 3 that are on here...2 are sung by Janet Leigh and the rest by the band in the film..I wonder if Janet Leigh's voice was dubbed... no indication of it anywhere so who knows.....the CD version has a lot more music on it but not the vocals by Janet Leigh....sorry it is a bit scratchy 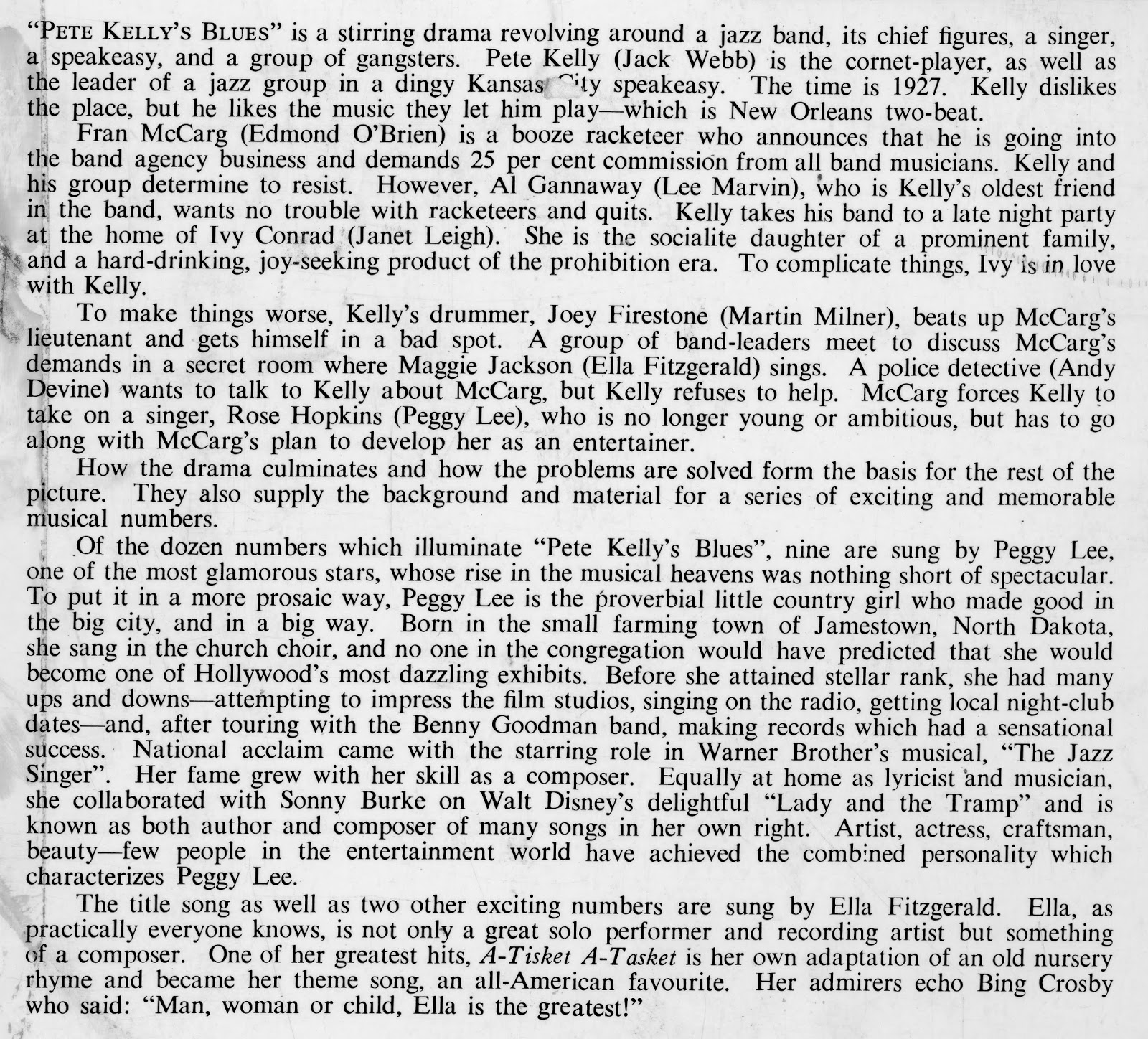