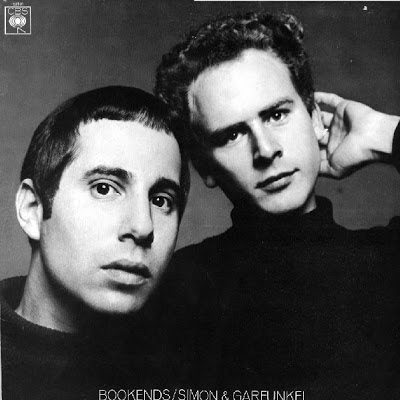 This is an early recording of S&G 1967 it includes hit from "The Graduate".All the songs were written by "Paul Simon" and he had a hand in the production of it...I think that this was the L/P that helped them on their rise to be one of the great duo's of that period... 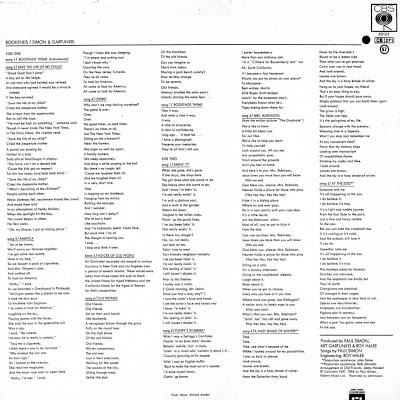 Email ThisBlogThis!Share to TwitterShare to FacebookShare to Pinterest
Labels: Simon And Garfunkel 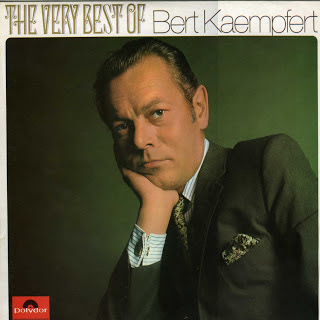 The record company has done a good job with this L/P...It's title lives up to the content...usually on "The Very Best Of ??" there is about one or two hit tracks and the rest is made up of recordings that don't mean much....BUT this one delivers the goods....I remember buying "Wonderland By Night" (to give it the English title) on a 45rpm quite a number of years ago...even had a stab at writing lyrics for it...can't remember what they were and must have got throw away at some point in time ..so they couldn't have made a very good impression otherwise I would have remembered them . 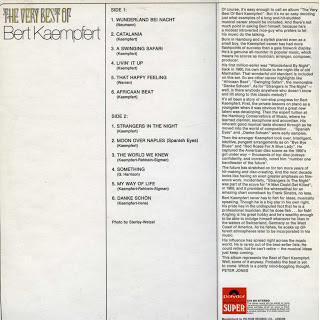 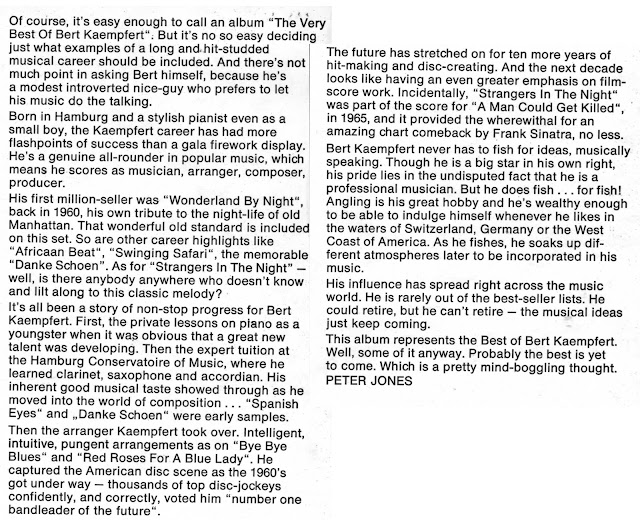 Email ThisBlogThis!Share to TwitterShare to FacebookShare to Pinterest
Labels: Bert Kaempfert And Orch 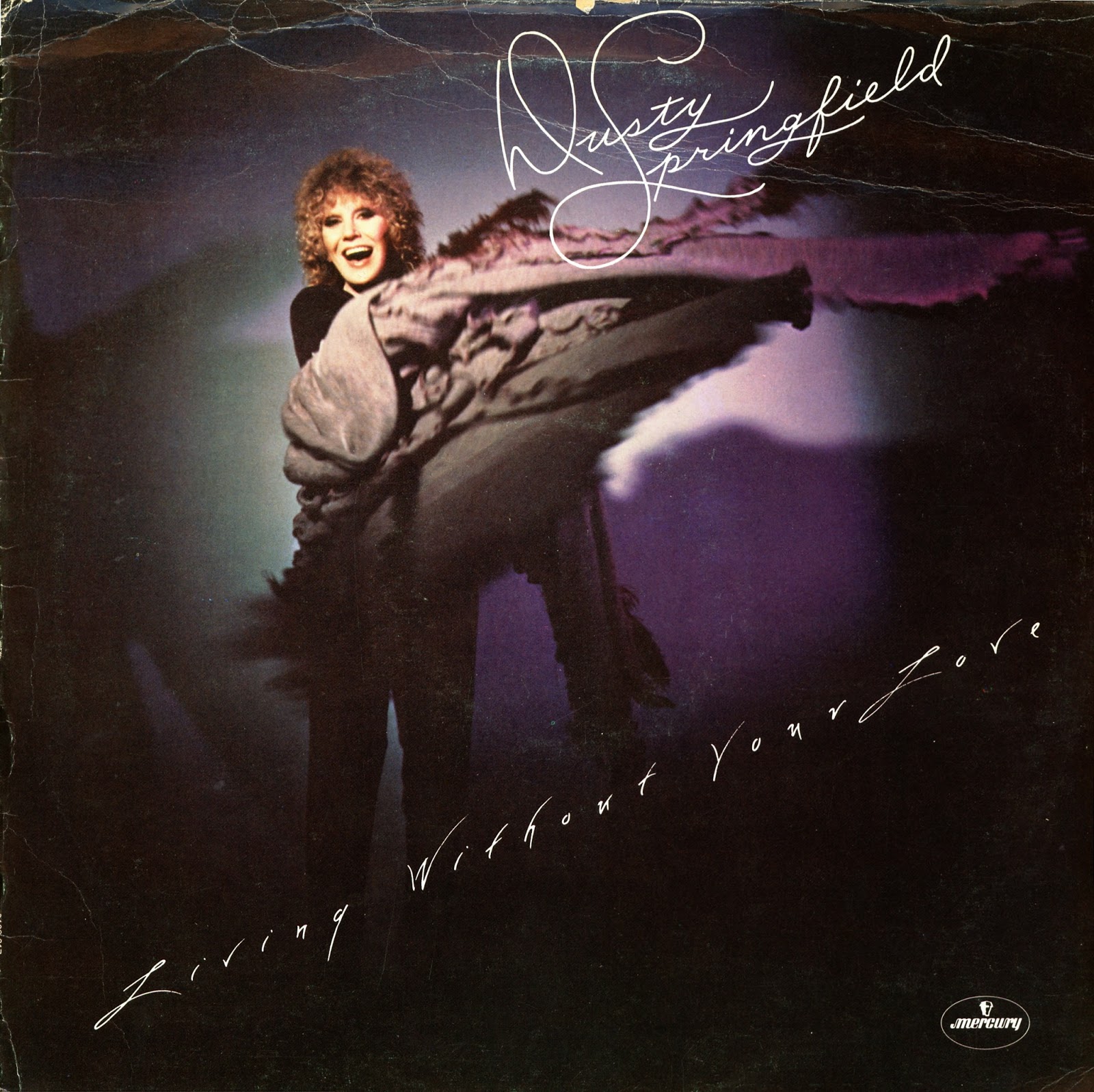 I think that this was the last L/P that Dusty recorded on the "Mercury Label" when she came back to England from her stint in America....She certainly looked different when she came back...
The voice is still there but the L/P along with "It Begins Again"didn't do to well.. 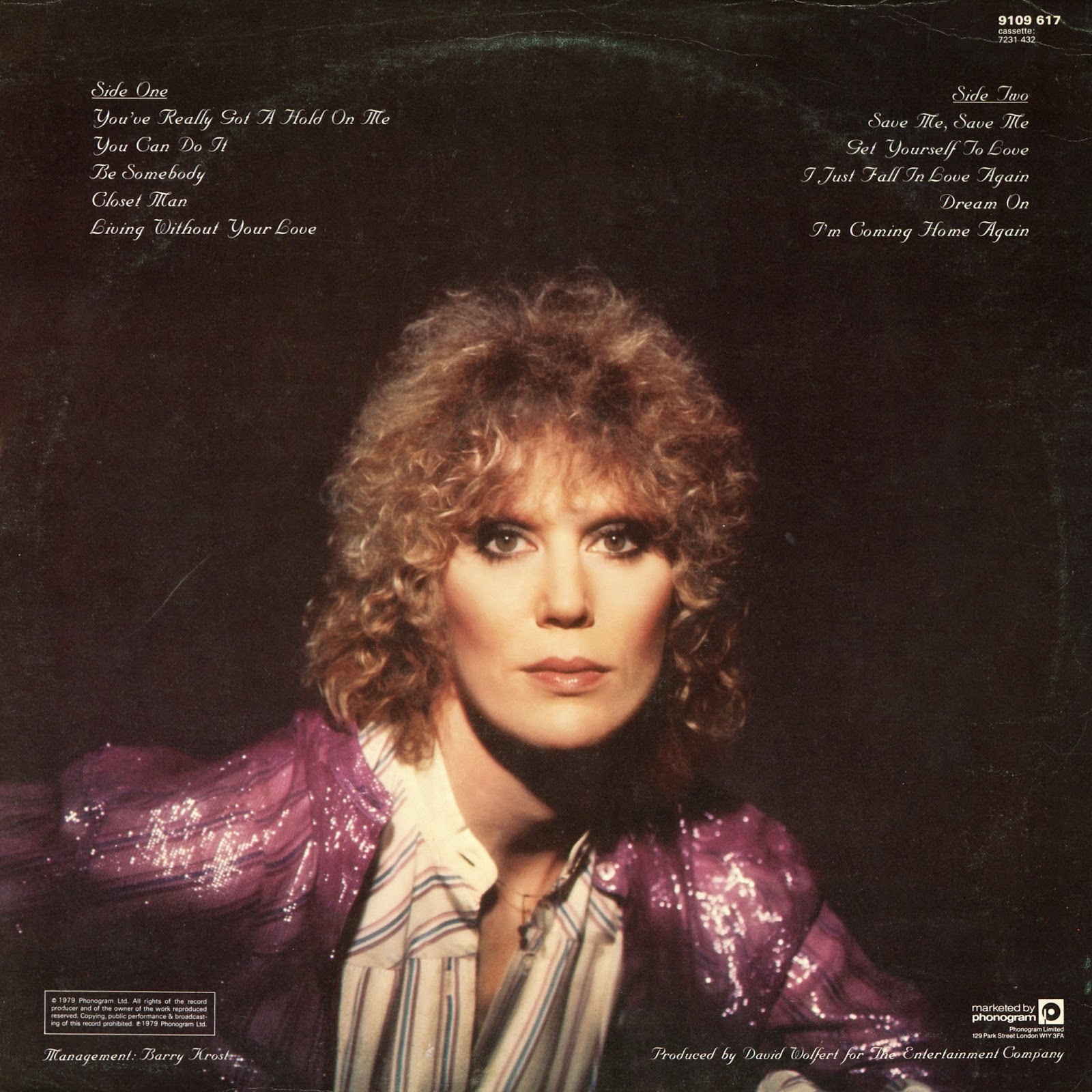 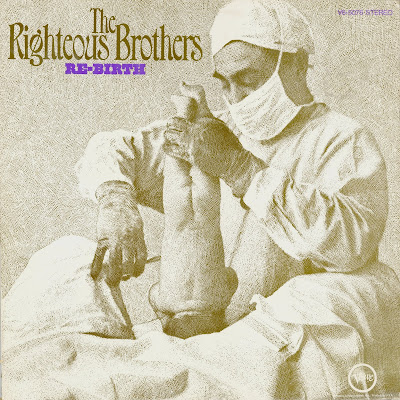 The Righteous Brothers were originally an American musical duo of Bill Medley and Bobby Hatfield. They began performing together in 1962 in the Los Angeles area as part of a five-member group called the Paramours, but adopted the name "The Righteous Brothers" when they embarked on their recording career as a duo. Their most active recording period was in the 1960s and 70s, and although the duo was inactive for some years, Hatfield and Medley reunited in 1981 and continued to perform until Hatfield's death in 2003. Their emotive vocal style is sometimes dubbed "blue-eyed soul".

The duo split up in February 1968, a breakup that would last for more than six years, when Medley left to pursue a solo career.

Jimmy Walker accepted an offer by Bobby Hatfield to replace Bill Medley in the Righteous Brothers. For the next four years they played major venues and concerts across America and Japan and also appeared on several US TV shows. These included the Smothers Brothers and Glen Campbell Good Time Hour. They then recorded the album Rebirth in 1969. He wrote a song called Nobody’s Gonna Take Me and played drums on the whole album.

Hatfield and Jimmy Walker recorded an album, Re-Birth, as "The Righteous Brothers" before disbanding in 1971. In a 2013 interview, Jimmy Walker said he had wanted to continue, but Hatfield decided to take a break and broke up the act. In 1969, Hatfield appeared in a TV movie, The Ballad of Andy Crocker. and also recorded "Only You". He released a solo album, Messin' In Muscle Shoals in 1971....( Info Edited From Wikipedia ) 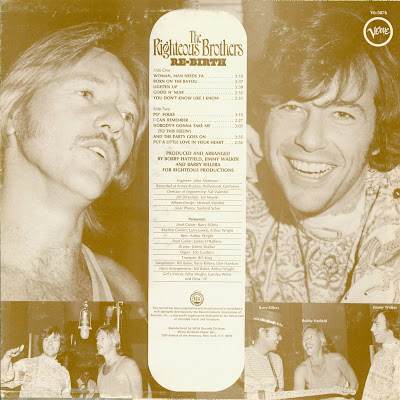 5. Put A Little Love In Your Heart

Email ThisBlogThis!Share to TwitterShare to FacebookShare to Pinterest
Labels: The Righteous Brothers 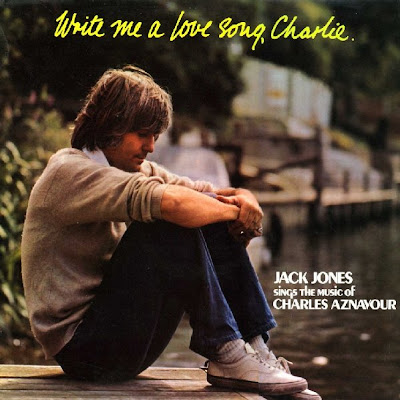 This IMHO is a better set of songs than on the "Michel Legrand" one....maybe as I said before these songs on this L/P are more well known...I like the songs that tells some kind of story and there are two great ones on here "Happy Anniversary" and "You've Let Yourself Go"....as usual JJ is in good voice and sings all the tracks great...

1. Happy Anniversary
2. The Old Fashioned Way
3. Yesterday When I Was Young
4. The Happy Days
5. You've Let Yourself Go 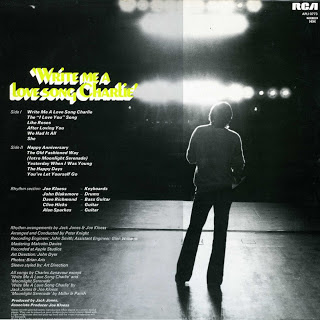 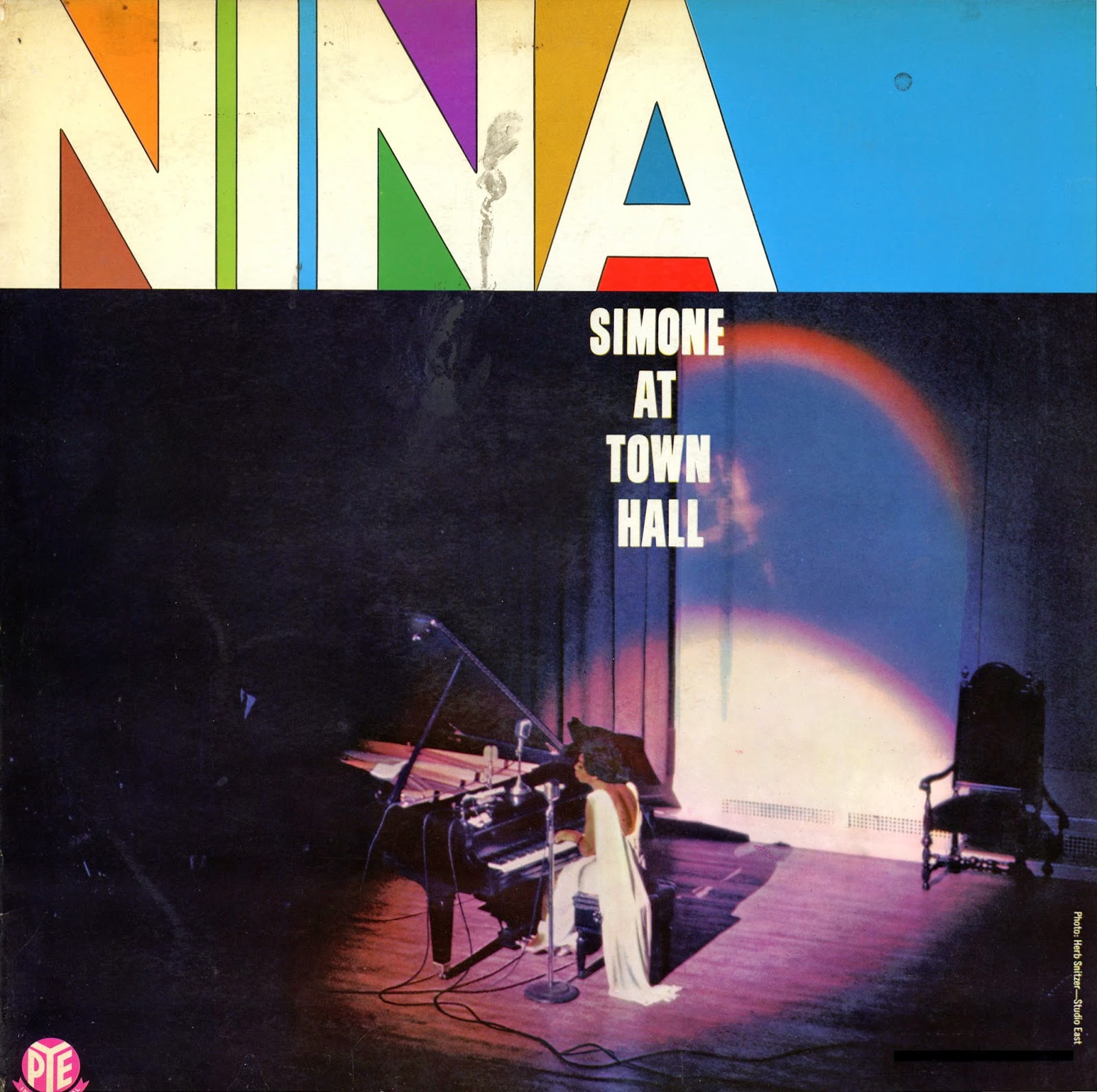 This was recorded in September 1959 in New York and is one of the best L/P's of Nina's there was not enough gaps in the tracks so I had to record Side One as  Track 1 and Side Two as Track 2...Just listen to "The Other Woman" & "You Can Have Him" for sheer perfection

1. Black Is The Colour of My Tue Loves Hair
2. Exactly Like You
3. The Other Woman
4. Under The Lowest
5. You Can Have Him 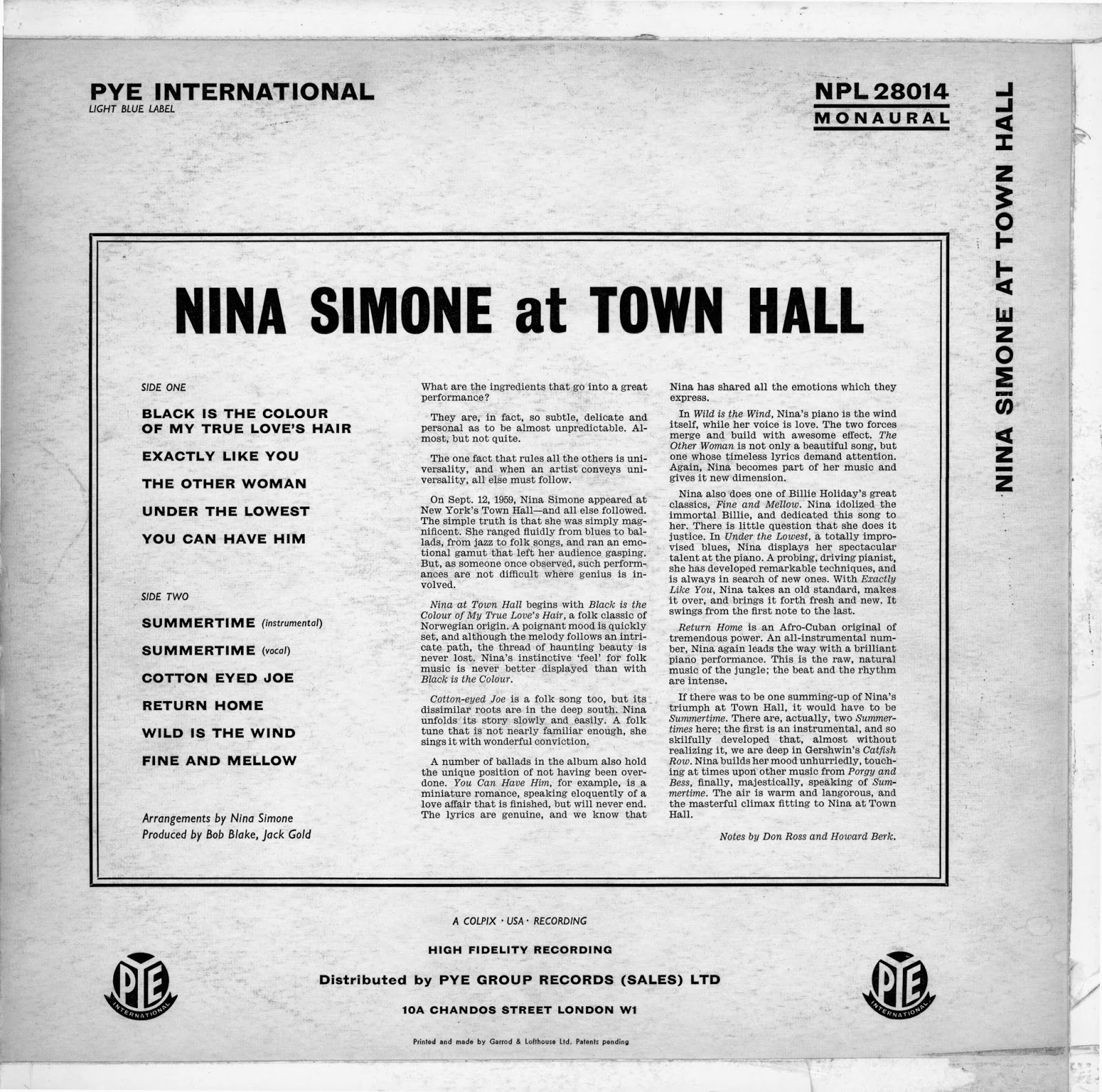 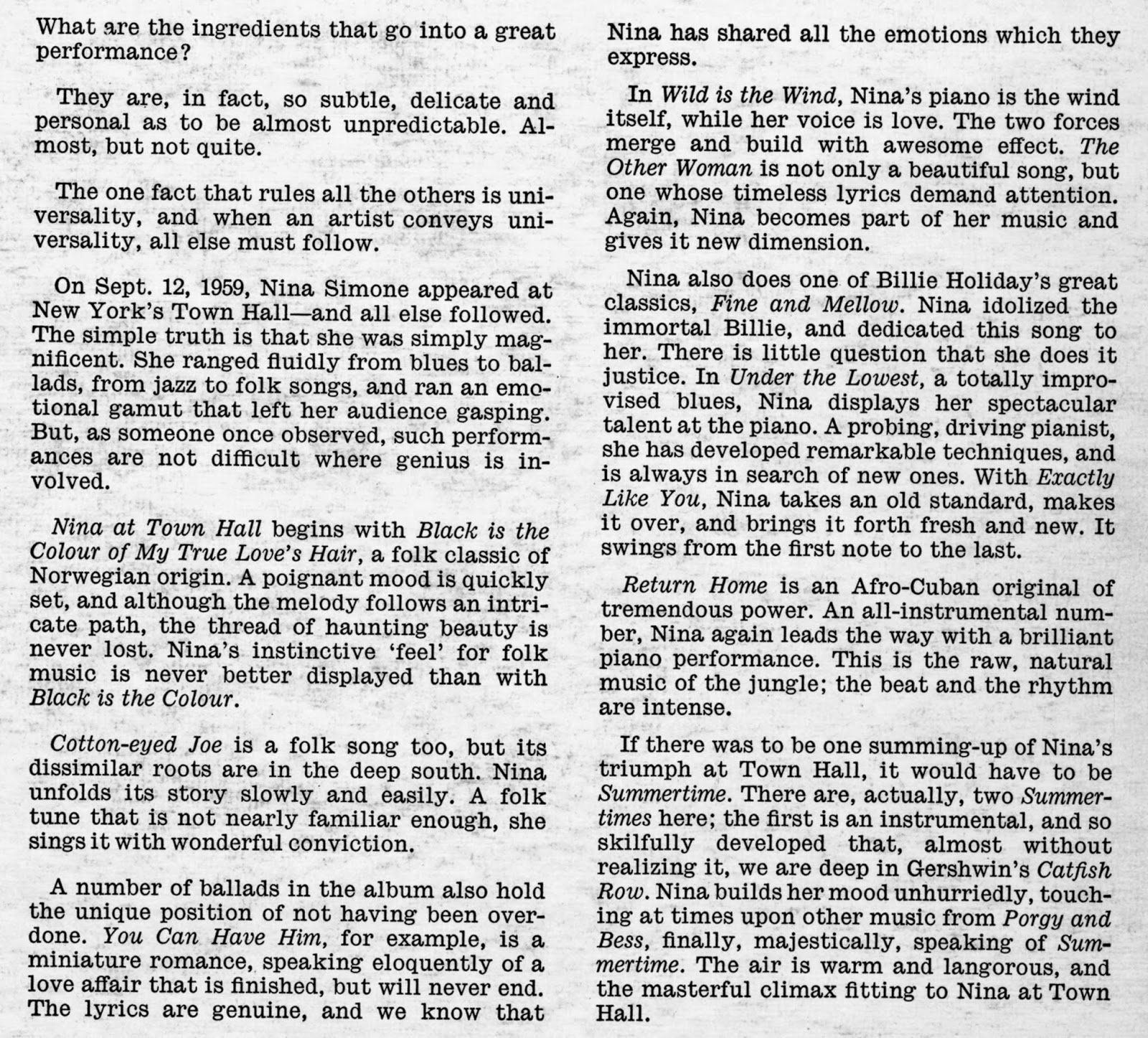 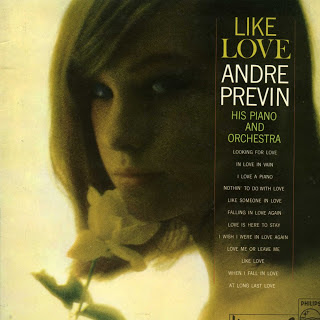 Great L/P for the piano lovers which I am one of !!...great set of songs another one for kicking your slippers off putting your feet up on the settee/couch or whatever with a coffee or maybe a whiskey and let the music take you away !! 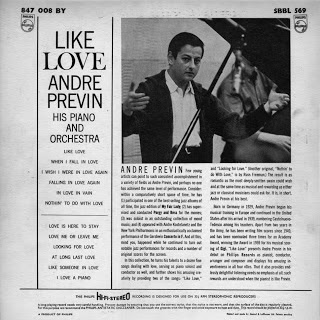 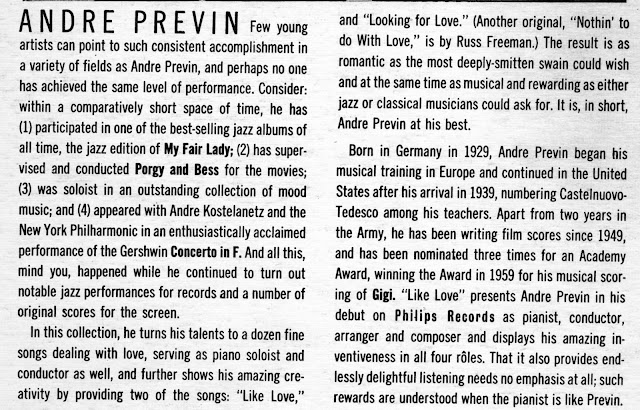