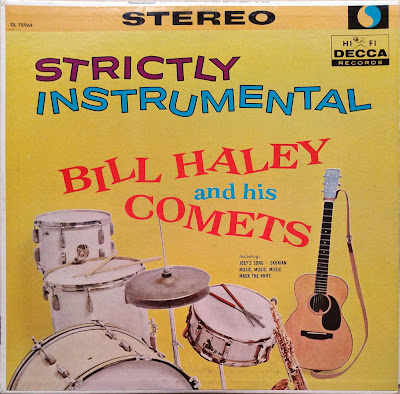 I would give a guess that this is some of Bill Haley's early recordings......OOOOOPs...just checked on Wikipedia and this is some of what they say...
Recorded over the span of more than 18 months, Strictly Instrumental was the ninth rock and roll album by Bill Haley & His Comets, and their final album of new material for Decca Records (although Decca would release previously unissued recordings during the 1960s). Produced by Milt Gabler (the last full album he would produce for Haley), the album collects instrumental recordings made by Haley and the Comets between June 1958 and their final Decca recording sessions in September 1959. (The band subsequently began recording for Warner Bros. Records in January 1960.)
As the title of the album suggests, all of the songs on this album were instrumentals, with the exception of some ensemble singing on the track "Chiquita Linda". Bill Haley's involvement in the recordings was a matter of conjecture until research for the Bear Family Records box set The Decca Years and More in the early 1990s confirmed his presence. 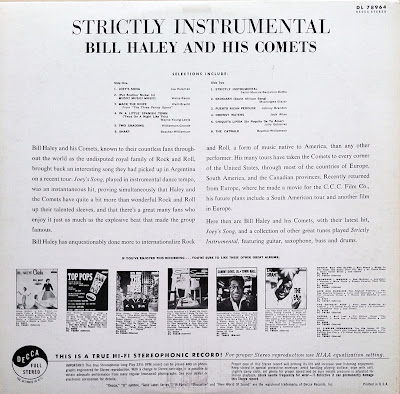 Email ThisBlogThis!Share to TwitterShare to FacebookShare to Pinterest
Labels: Bill Haley & His Comets