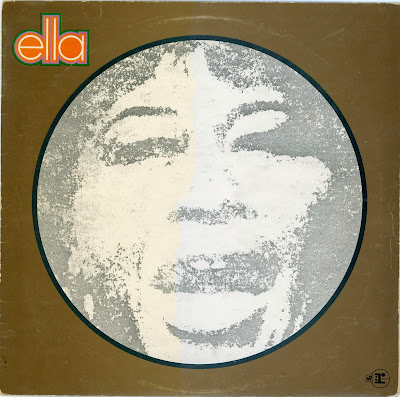 Well now!!! we have "Ella" in the late 60's coming away from the influence of "Norman Granz" and being produced by one of the top producers of the 60's & 70's "Richard Perry" and recorded in London... I still can't make my mind up whether I like it or not...there is only a couple of the tracks that sounds like the Ella we all know and love....It seems to me the rest of the tracks the orchestra is too loud and that makes Ella fade into the background....the production of the tracks seem to concentrate on the sound and not the vocals...still I suppose she had to have a go at the "Pop"idiom....as far as I know this is the only one she did with Richard Perry...It was released on the "Reprise" label and then I think she went onto "Norman Granz" label "Verve"...Still not sure whether I like it !!!.....Comments on this would be cool...to see what others think !


P.S....My personal jury is still out on this one...can't seem to come to a decision even with me listening to it again... it still seem to me to be over produced...this is definatly  NOT one that the more you hear it the better it becomes.....BUT its Ella and the voice is still great and cool !!!

1. Get Ready
2. The Hunter Gets Captured By The Game
3. Yellow Man
4. I'll Never Fall In Love Again
5. Got To Get You Into My Life 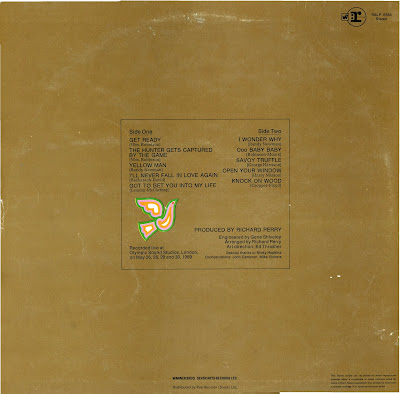 I think there was another album on Reprise, it is titled "Things ain't what they used to be".
Both albums were released on a twofer CD in the 1990s and I own it.
Cheers,
Yvan.

Mr.Luigi: Hi ! Can you tell me if you have and could rip for your followers the album from Steve Lawrence which contains the hits "Groovin'" and "Ain't No Sunshine";
will be greatly appreciated, thanks, Luis.